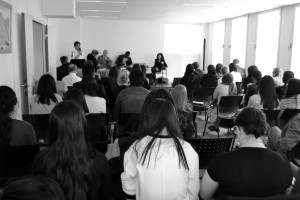 On May 12, EPN attended the briefing seminar about media and  movement of people organised by the European Institute for Asian  Studies in collaboration with the University of East-Anglia. The event  took place at EIAS’ offices in Brussels.

After a short introduction by Lawrence Hardy, senior lecturer at  University of East-Anglia and chairman of the event, the panel  discussion was launched.

Alexander Egger, team coordinator at the Think Young think tank started his presentation by illustrating the work of their organisation. Its aim is to promote young people and intercultural exchanges. Through audio-visual research and the realisation of documentaries, Think Young works to capture attention of the young generations, but also of the civil society in general. An ongoing project involves the use of visual anthropology. Several short interviews with young migrants with different origins and backgrounds are conducted and then connected as a series of portraits through the realisation of a documentary. Think Young also organises other activities such as visit sessions involving European students going to Asia and vice versa. These international and intercultural experiences are always filmed by Think Young in order to be able to realise and then share documentaries through the Think Young’s YouTube page. Another interesting project developed by the think tank is the Entrepreneurship School. Within the context of this project, students in small groups are encouraged to conduct interviews with different entrepreneurs and are expected to give a presentation about their research after one week. The best presentation wins the competition. As the chairman affirmed, the positive message that the students can receive from the Entrepreneurship School experience is that “you can do whatever you want to do”; if you have the will and the motivation, everything is possible. 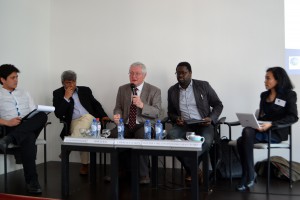 After Egger’s presentation, Shiraz Raj, director at Alaap-International took the floor. First, Raj declared that he was very pleased to see that the seminar was dedicated to a group of students. The speaker gave a general presentation with personal insights about youth and migrations. During his speech, Raj analysed the phenomenon of youth migration from a historical point of view. He then referred to the situation of his home country, Pakistan, highlighting some current issues related to incoming and outgoing migration. Concluding his presentation, Raj pointed out that the movement of people is always presented from a negative point of view by the media. Most of the times, media privilege information about conflicts and conflictual aspects of migrations, while neglecting other the positive outcomes of the movement of people, such as the numerous cultural and political exchanges and the phenomenon of integration. 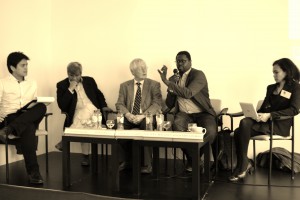 After Raj’s presentation, Wouter Van Bellingen, Director at  Minderheden Forum took the floor. He presented the  organisation for which he works, and then he talked more  generally about the migrants’ situation in Brussels. According to  research and surveys, there are different so-called framings, in  which the Belgian population insert the migrants according to  their origins. Van Bellingen highlighted the unrecognised  importance of migrants in the development of the society and  stressed the need to change the public image of migrants through stories and personal experiences. Concluding his speech, Van Bellingen reminded the audience that diversity enriches societies.

Last but not least, Jennee Grace U. Rubrico, visiting fellow at EIAS took the floor. She presented the phenomenon of movement of people from the point of view of Asia and ASEAN (Association of Southeast Asian Nations). Rubrico illustrated the so-called “Migrations framework”. According to her, there are two categories of stories related to migrations that media can choose to report: statistics stories and human stories. The latter are less frequent but can arouse a greater reaction among the public. An example of this kind of stories reported in the news is the narrative of human trafficking and human rights. Rubrico continued her presentation mentioning intraregional migrations in ASEAN and movement of people in the Philippines, where migrants are called the “Heroes of the economy”. The speaker concluded the panel stating that the role of the media is crucial in the case of migrations, since the audience shapes its own ideas about the issue according to how the media decide to recount the stories. For this reason, it is important to know that, depending on where the news is located in the newspapers, the story can collect more or less popularity among the public. Nevertheless, according to Rubrico the role of journalists should be less about shaping the public opinion and more about reporting facts. 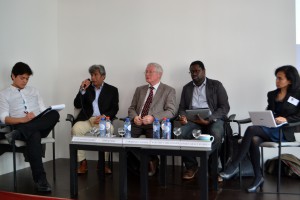 The chairman took up the subject and shared the last speakers’  vision about the role of the media. According to him, the media  should report stories in the most possible balanced way. Hardy  also made an interesting remark about the fact that a negative  framing of the phenomenon of migrations appeared to be a  common theme among all the speakers.

After the panel discussion, a short session of Q&A concluded the  seminar. Some interesting remarks were made both by the audience and the panellists. An Italian businessman highlighted the fact that migrants’ work should be revaluated by the whole society, as positive outputs are of clear evidence. For example, migrants contribute significantly to the development of their countries of origin. In this context, the transfer of technology has to be considered as a relevant positive consequence of the movement of people. Moreover, the participant declared that the enterprises created by migrants proved to be stronger than other companies, especially during the critical times of the financial crisis.

All the panellists agreed on the fact that the phenomenon of movement of people should be reviewed and reconsidered by all strata of civil society. So far, a mostly negative vision of the phenomenon has prevailed; therefore the role of the media should be to provide the audience with a variety of stories that can show the phenomenon of migrations as multifaceted and diverse. 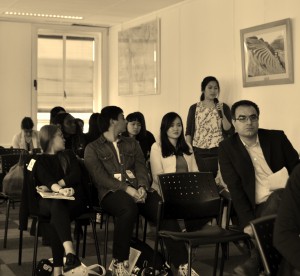 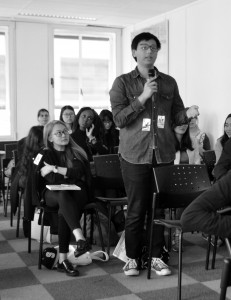