Turkey has a history of 200 years of democratization. However, since democracy, by its nature, is a process rather than a conclusion, its goals are never to be done away with. This process includes obstacles, fights, steps forward, steps back; and so does Turkey’s. Yet the key point is to never abandon the path to democracy. In order to discuss this path lying before Turkey, recent course of events, cornerstones of democracy and core democratic values’ counterparts in the Anatolian culture, Selçuk Gültaşlı, the Brussels representative of Turkey’s highest circulating newspaper, Zaman, will be the guest speaker of the 28thBreakfast Talk. We kindly invite you and your friends to join us for a day of thought-provoking discussion organized by EPN and Golden Rose. 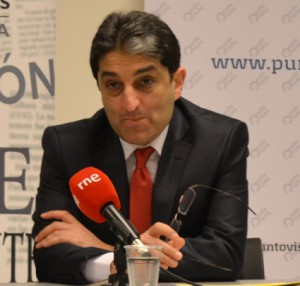 Born in Ankara in 1969, Gültaşlı obtained undergraduate degree at Boğaziçi University’s International Relations and graduate degree at Leuven University’s European Studies. He, later, started working at the Zaman daily’s Ankara office as a diplomacy correspondent in 1995. Between 1999 and 2001, he worked as the diplomacy editor of the Turkish Daily news, the only English newspaper of Turkey at the time. Since then, he has been Brussels representative of the Zaman daily. Also since 2008, Gültaşlı has been hosting the TV program “European Desk” on the Samanyolu Haber TV channel.

Report of the event

Following an intimate breakfast time on May 10, Sunday, Selçuk Gültaşlı, a veteran journalist covering European politics for the Zaman newspaper, started his talk on “Democracy and Anatolia”. Giving a brief introduction about the history of the development of democracy in the Ottoman Empire and the Republic of Turkey founded afterwards, Gültaşlı noted that elections took place during the Ottoman rule, but still, there was no “genuine democracy” until the multi-party elections in 1946. And since then, the democratic experience of Turkey has been rather challenging, he added. According to Gültaşlı, democracy is perhaps the most complex and difficult of all forms of government; it is a system of rule by laws, not individual and the exercise of political power must respect these laws as well as the free will of the people, he underlined. The talk ended with some thought-provoking questions from the attendees.