How does it make the EU richer and smarter?

On 16 June 2015, EPN in collaboration with ECAS and UNITEE organized a panel on Free Movement of Professionals at the European Parliament. The event was co-hosted by Ms. Eva Paunova, MEP and Mr. Jo Leinen, MEP. Mr. Selçuk Gültaşlı, EU correspondent at Zaman Media Group, started the panel by indication the necessity and importance of further developing Free Movement of labor and professionals in order to achieve a functioning single market. 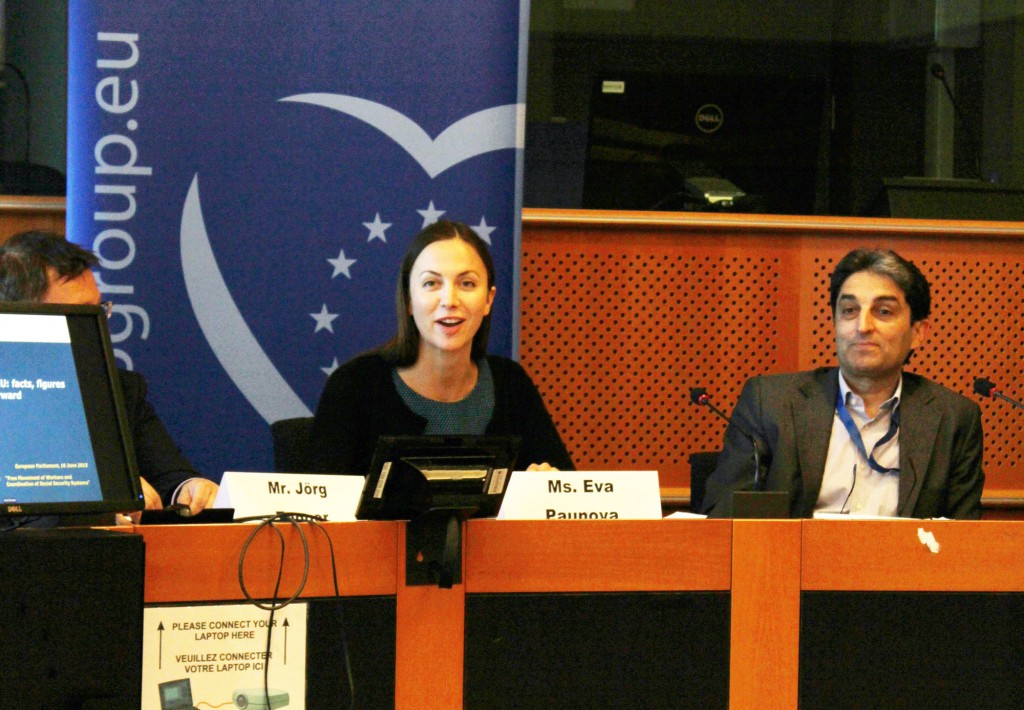 Ms. Paunova was then introduced to give keynote speech. Ms. Paunova underlined that free movement of professionals is one of the key pillars of the Europe 2020 strategy. Moreover she noted that “we do need thriving businesses in Europe and businesses need international professionals”.  The need for new legislation that promotes ease of mobility across borders was also stressed. She also introduced a few ways to help move forward. For instance, ERS has been active in 26 languages which allows them to reach a larger pool of people. Another idea was to encourage legislation for health insurance overseas. This way people working in other countries will be covered, or at the very least reimbursed. It also very important to recognize diplomas given from different countries so those who have completed their education can earn a decent living based on it. 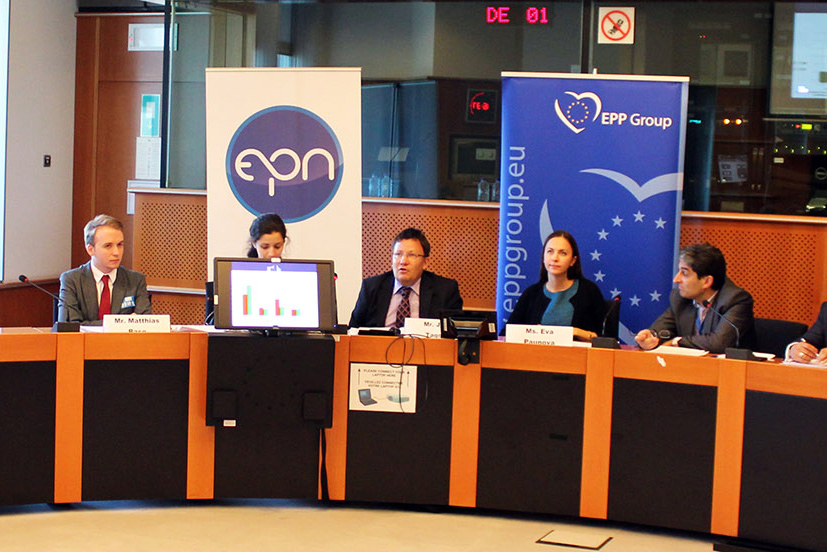 Mr. Jorg Tagger, deputy head of unit at DG employment gave the second keynote speech. Mr. Tagger sees the Free Movement of labor as one of the key pillars of the internal market. He explained that labor mobilization is becoming a hot topic and that the commission is proposing a balanced approach to labor mobility.  Mr. Tagger also touched on the issue of social security and described how regulations have been improved to protect European citizens working within EU and European Economic Area countries. Talking from data, Mr. Tagger noted, “20 percent of Europeans would be willing to move to another country for work”. This is a significant statistic when considering that only around three percent of Europeans work in another country. In order to encourage more people, the commission is working on a labor-mobilizing package that will also revise social security coordination. He explained some of the aspects of his package and how they will help the cause. These however introduced some challenges that will need to be addressed through careful revision and assessment of the deal. 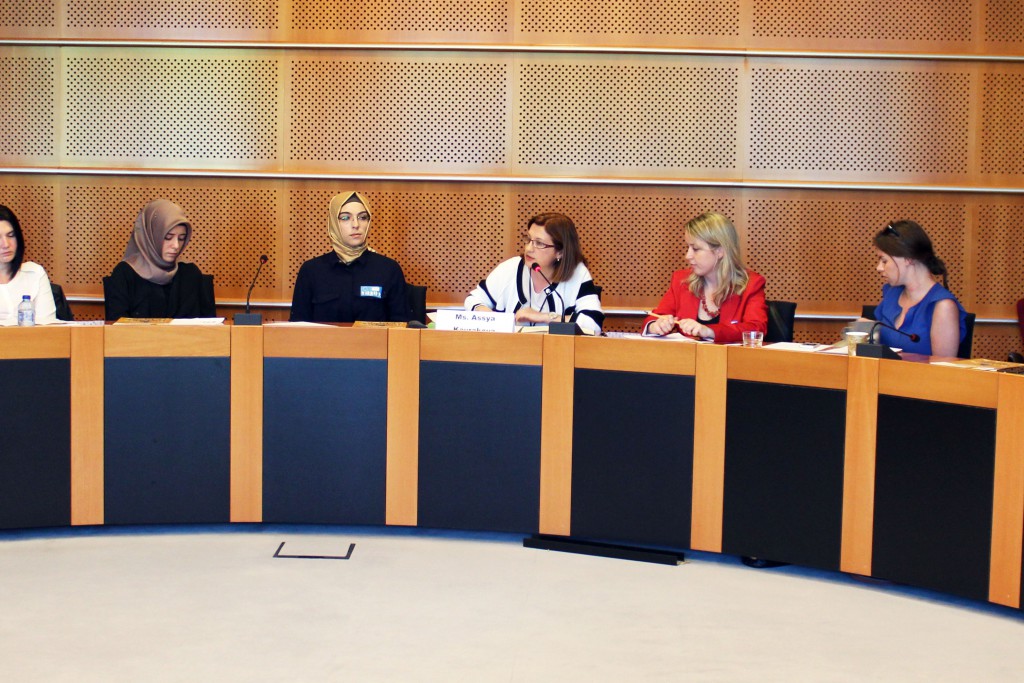 Ms. Assya Kavrakova, Director of ECAS, focused on the importance of free movement of professionals as a contributor to advances in economy as well as democracy. She indicated “studies reveal that Erasmus students are better positioned to find job after graduation due to their international experience”. This shows that free mobility is not only about economics, but also about a better democracy. She also talked about how certain studies have shown to improve the overall quality of life for those who participate. They also show a higher level of participation during elections which makes them more active in society. Unfortunately, some challenges such as certain delays and requests for documents can pose as threats to the success of the program. Lack of recognition of diplomas was also stressed as an issue again. 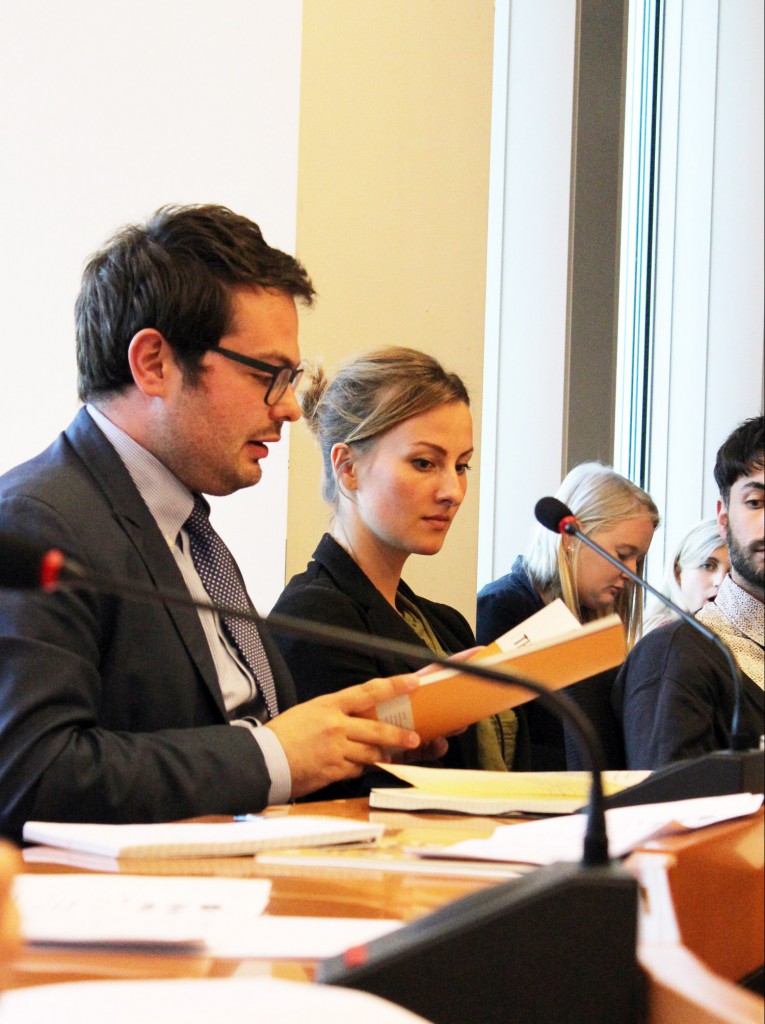 Mr. Giovanni Collot from UNITEE noted that the Free Movement of professionals aids in creating a common market and cultivating New Europeans. Immigrants that travel to Europe bring with them growth and innovations due to their experience in so many different cultures. He did point out that education, or lack thereof, can be a challenge. Nevertheless, this mobility aids in rise of democracy, creation vibrant economy and also in strengthening of the European identity.

Mr. Melih Erdem Koctepe, business consultant at Benson & Winch, took up the topic from a business perspective. He noted that there is lack of candidates in some sectors, despite relatively high employment rates. For this reason, companies hire talent from countries like India or China rather than Europe. It was also stated that work permits can be difficult for some to obtain and will slow down the hiring process. Decreasing the  need for work permits will allow Europe to expand its competitive market. Encouraging and improving Free Movement of professionals would therefore allow a more efficient allocation of resources and also cause significant economic growth.

Mr. Matthias Busse, researcher at CEPS, indicates that despite all the benefits that the Free movement of Labor would bring, there are still significant challenges. Professionals have sought to move across borders due to the recent crisis, but they experience language and bureaucratic hurdles. There is also uneven mobility of professionals. Most professionals move along East-West corridor, but there is not much of mobility along North-South. As a result of free movement, stock of Euro has increased and there is circular migration that is helping economic growth. In order to enable better conditions, we should tackle language and bureaucratic barriers. While there have been language courses offered, they have been costly and time consuming, but effective nevertheless. Moreover, there is a need for increased communication between institutions and promotion of the opportunities available.

To summarize, there was a consensus that the Free Movement of Professionals is an important driver of economic growth and the creation of a functioning single market. Education of professionals was also mentioned to be very important for an economically stable Europe.  Free Movement of Professionals also strengthens European identity, entrepreneurship and innovation. Barriers standing in the way of personal, social, and economic success of professionals include bureaucratic barriers, language barriers, fear of insurance benefits across borders, and lack of recognition of bordering education systems. Various solutions were discussed to combat these barriers, the most seemingly promising to be the revision of the Labor Mobility Package in December of 2015. The revisions will include revising Social Security rules, consulting with stakeholders, and issuing a targeted review of labor mobility. In accordance to tackling the education barrier, MEP Eva Paunova and Ms. Assya Kavrakova both mentioned how improving the recognition of various diplomas, programs, and related job experiences across borders is a priority of the EU.