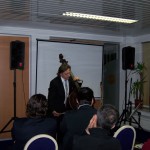 He is a musician living in Belgium

He plays in Royal Philharmonic Orchestra

You will be impressed with his live performance… 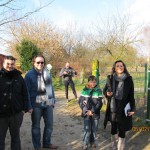 To learn more about geocaching, go to: http://www.geocaching.com/about/finding.aspx 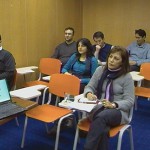 Why is project management important?

How do unidentified risks impact the outcome of the project?

Identify who should be responsible for tasks.

New to Project Management and wants to learn PM concepts.

Hakan Keskin is currently working for Toyota Motor Europe in Brussels as an IT Project Manager for more than 5 years and holding PMI PMP certification. He has industry experience and knowledge on finance (banking), steel manufacturing and automotive business application development. He is also executing EPN Training Coordinator responsibility voluntarily. 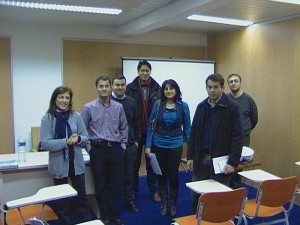 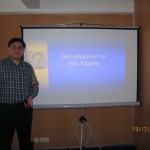 ‘6-Sigma’ is a disciplined and customer voice oriented, fact-based approach with a series of tools &methods to managing a business and its processes including production and/or design of products, processes, and/or services, aiming to reach to a higher quality level.

In specific, 6-Sigma is a statistical measure indicating the number of standard deviations within customer expectations, with a quality performance goal: 3.4 defects per million parts/cases (PPM)’ 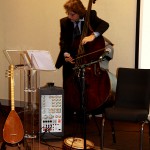 Imagination is the spring winding the universe. Writing is to touch the foil of the mirror.

Everyone wants to be an author.
SADIK YEMNI is an author living in Europe.
He writes Turkish. A new breath in Turkish Literature.

AYKUT DURSEN is a musician living in Europe.
He plays in Royal Philharmonic Orchestra.
He promises to take you into different atmospheres with Classical Music Audition. 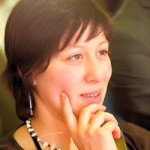 European Professionals Network (EPN) and Golden Rose will proudly host Flemish Groen Party Leader Meyrem Almaci as guest speaker at the 27th Breakfast Talk. Having actively being involved in the Groen, Belgium’s Flemish-speaking Green party steadily increasing its share of votes with successful environmental and social policies, for a considerable length of time, Almaci is the first person of Turkish origin to become the leader of a political party in Belgium. You are kindly invited to this talk in which the Groen leader will share her success story, political career and success tips following an open-buffet breakfast.

Born in Belgium in 1976, Meyrem Almaci has obtained master’s degree in comparative cultural science at Ghent University.In 2000, she founded the Agalev section Sint-Gillis-Waas and became councillor in the same year. She has taken part in research projects about migrants’ educational success at the Vrije Universiteit Brussel and the Katholieke Universiteit Leuven.

In 2006, she moved to Berchem where she has become the district councillor. On 10 June 2007, Almaci was elected into the Belgian Chamber of Representatives and she has been the leader of Groen!

Report of the Event

Belgian Groen Party Head Meyrem Almaci made an inspiring talk on her life story, how she made her journey to becoming the leader of a political party that garners an increasing share of support for its environmental and social policies at the 27th Breakfast Talk on March 21, 2015. Almaci said Belgians of Turkish origin are often encouraged to pursue vocational education and training, but she fought her way to graduating from a university. Perseverance and working hard have been the key elements for her success, she underlined. Almaci also noted that her family and the community she grew up in have been the driving force behind her rise to the position she has now. “As citizens of non-Belgian origin, we also have the responsibility of contributing to our country. My aim is to bring positive changes to the country and community I live in. I disagree with the idea ‘the duty of the opposition is to oppose.’ We all should make contributions and solution suggestions,” the Groen leader stated. For those who wish to pursue career in politics, Almaci suggested asking themselves the questions of ‘What do I want to change in the society?’ and ‘Which political party do I feel close to?’