On January 29th, EPN attended the briefing about the Transatlantic Trade and Investment Partnership (TTIP) organised by Madariaga College of Europe Foundation in collaboration with the European Movement International (EMI). The event took place at the Madariaga Foundation in Brussels.

The director of EMI and MEP Jo Leinen made a short introduction, first of all by making his congratulations to the Ombudsman Ms Emily O’Reilly for the work she is doing for all European citizens. Subsequently, Mr Leinen introduced the topic of discussion, namely the question of transparency related to the TTIP which is now under negotiations between the EU and the US. The director of Madariaga stated that an incredibly high interest about TTIP was recently shown by European citizens. This increase in public awareness can be explained by the fact that both trade and economy have a huge influence on people’s life style. Mr Leinen concluded his short speech saying that the recent facts could be a new start of the process of democratisation of trade policies.

After Mr Leinen introduction, the Ombudsman Ms Emiliy O’Reilly took the floor, stressing once more on the fact that European citizens showed a significant level of interest in the issue of TTIP. The Ombudsman’s role is to deal with all sort of complains addressed to the EU Institutions, and thus Ms O’Reilly participated to the event with the aim to share the results and findings of the public consultations that were conducted in order to acquire useful information about the citizens’ opinions on the TTIP issue. 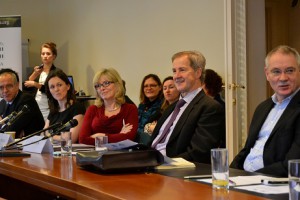 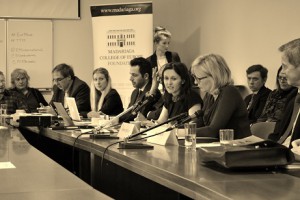 The Ombudsman affirmed that the TTIP is probably the biggest bilateral trade agreement ever negotiated in history and therefore it will have a huge impact on citizens’ life. This is the reason why the latter are asking for more transparency on this matter. According to the Ombudsman, a high level of transparency is actually needed in the 21st century. This is another reason why she is encouraging the Commission to publish more documents about the TTIP and to make public announcement of its meetings. Ms O’Reilly declared that she could act this way because she was pursued by the fact that several organisations and a significant amount of people made their voice heard and were involved with such a big interest in this issue. According to her, citizens desire more information to be made available online, and they need to have access to more detailed documents. Moreover, the publication of a list of meetings between the Commission and stakeholders was asked. As a consequence, the Commission promised the publication of updated documents, shared with the Council and the Parliament, and the Ombudsman declared to be ready to examine also the steps that might be taken for further negotiations. Ms O’Reilly added that, if on the one hand a public access to documentations is fundamental for a democratic functioning of the EU Institutions, on the other hand absolute transparency is not ideal. The Commission needs to keep some information as confidential, at least at some stages of the ongoing negotiations, as long as it is justified. In some cases, some transparency measures could risk to compromise these negotiations. The Ombudsman stressed on the fact that a balance is needed between what can be disclosed to the public and what needs to be kept as reserved information. Nevertheless, it is true that a good practical sense comes from people’s understanding of EU activities and decision-making process, as it is true that citizens’ participation to politics is fostered by transparency measures. This is why Ms O’Reilly still believes that transparency should be enhanced. She doesn’t agree with the fact that more transparency would create confusion among the citizens, as someone would suggest, instead she actually believes it would have the opposite effect. According to her, the civil society should be able to contribute to the shaping of the TTIP agreement. The citizens are increasingly aware of the content of the negotiations, and the Commission will soon publish updated documents about the agreement. The Ombudsman pointed out that the Commission should go further, through the extension of some transparency measures to other activities, such as the meeting agenda. Ms O’Reillly actually informed the Commission that by March 6th she would like to know how the measures she asked to take will be implemented. 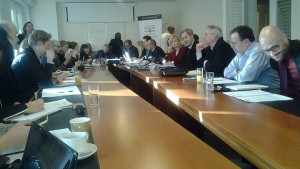 After the Ombudsman’s presentation, Mr Leinen thanked her and the Madariaga Foundation for the initiative. He also highlighted once more that citizens should have the right to access most of EU documents. According to him, what the Junker Commission did –coming out with the initiative of transparency– is a huge step forward within the process of democratisation. In a democracy people should have the capacity to debate, and this is possible when facts, and not rumours, are available to the civil society.

After Mr Leinen’s considerations, a short section of Q&A took place. Some interesting questions were raised by the audience, such as the issue of the public opinion in the US. The public questioned the Ombudsman if in the US the citizens are looking for more transparency as it is happening in Europe. Apparently a discussion about this topic will be soon launched between the US and the EU, as the two partners have different systems and different cultures concerning transparency measures and the involvement of the citizens in political affairs. The US perspective will come further into focus within the context of these negotiations. Another participant asked Ms O’Reilly to comment on the reactions to the TTIP in different European countries. The Ombudsman answered that, even if citizens of more industrialised countries – such as Germany – are obviously more interested in gathering information about the TTIP, there is certainly going to be more awareness across the whole continent. In fact, people are now particularly mobilised in the UK and in other countries such as Belgium. Another interesting problem was highlighted by someone in the audience: the problem of language. The documents drafted by the Commission are always in the three main EU languages, namely French, English and German. This limit leads to the fact that a significant amount of people cannot understand the content of important information. This is why the Ombudsman declared that a mediator role should be played by different ONGs, institutions, businesses and so on, in order to actively gather information and subsequently involve the citizens with the aim to act collectively and to influence the EU decision-making process.

The Ombudsman concluded the Q&A section stating that her role is to do more than the Court of Justice, and that is why she started her own initiative on the TTIP issue.

Mr Leinen concluded the briefing by thanking Ms O’Reilly for her work. He also assured that more events about transparency will be organised, as more negotiations for trade agreements with third parties will be started in the near future. 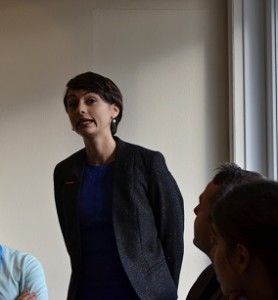 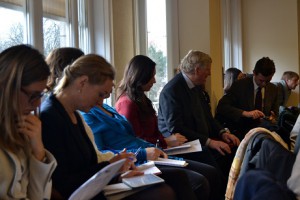